The ZK team is proud to announce the release of ZK 7 Preview!

ZK 7's main focus was on improving the theme system. Over the last year you (our customers and users) have both stated that you want more power, flexibility and simplicity from your theme engine. Thus ZK 7 brings with it our most powerful theme engine to date combining the power of CSS 3, LESS and Bootstrap to create the best possible experience.

That's not all, in addition to the theme we have new components and upgrades to old ones including enhanced CSS 3 and HTML 5 support along with performance improvements. Please read on for more details! 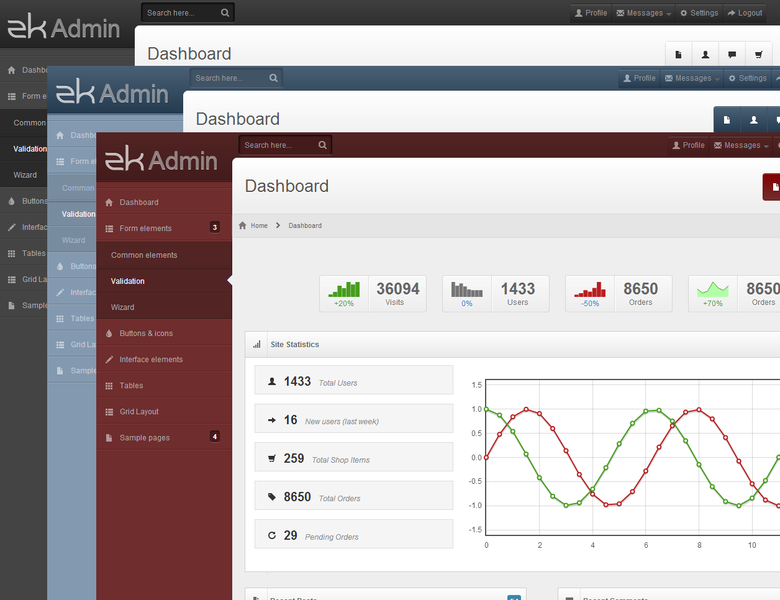 If you do still want to use ZK with IE 6 and 7 do not worry, ZK 6.5 will continue to be updated and will maintain its support for those legacy browsers.

ZK 7's theme engine has been discussed at length and is was the major topic when we performed our user surverys. Your feedback was acted upon and we are proud to announce that ZK 7 has significantly simplified the process of creating and customizing themes. This simplification has the following major benefits:

Number 1 was particularly important as we have gathered extensive feedback from the community and customers who were looking to create themes for ZK. Whether that would be for fun, or to implement corporate stylings into an application.

What technologies were leveraged and why?

These technologies were the right choice as they hit the sweet spot of existing standards as well as developer familiarity (both within the ZK community and outside of it). The video below demonstrates a sample application in action using a Boostrap theme and LESS.

Why Bootstrap and why the change?

The text above hints at the reasons for this change "to simplify the process of creating themes" and that is the core fundamental reason for the introduction by the ZK team. However, ZK 7 these features bring much more than that, thus it is only fitting we highlight them.

The power of Bootstrap

Bootstrap has a lot of downloadable themes, this gives ZK developers the ability to use and expand other's Bootstrap themes within their ZK applications substantially reducing the resources needed to produce great looking themes. For example the theme that you see on this page was created by diablo9983 and is available here.

The image below shows Bootstrap styled ZK components in action. 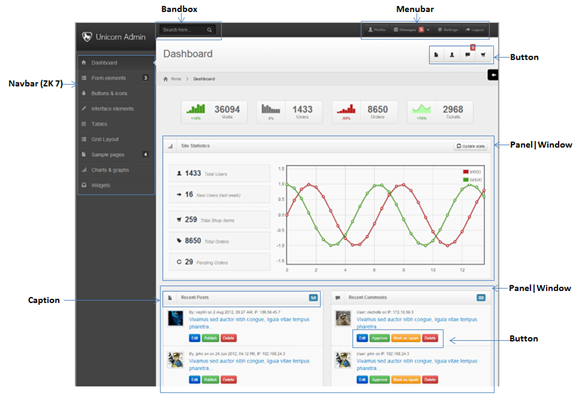 The power of CSS 3 is obvious, later browsers are supporting more and more of the specification and it means that previous effects which used DOM "tricks" to implement can now be implemented using simple CSS. This leads to applications & themes having much more simplified CSS code along with major performance boosts which CSS 3 brings with it.

The combination of Bootstrap and further CSS 3 support gives developers the opportunity to build themes quicker and for less money which perform much better in the browser.

So what does this mean for designers and developers

Design and development teams have a much easier job spending less time to create great looking and high performing applications. These changes will make prototyping even easier, ZUL provides a great base for prototyping but the theme changes it will take less time to produce an impressive application which uses, or is similar to the company's theme.

Navigation is a key component in a website, a good navigation design can greatly improve a user’s experience. It not only presents the website’s key sections, but also helps users locate and link to other pages in the website.

The video below shows the navigation component in action.

The following is an implementation of a navigation component using ZUL.

In addition to the already existing performance improvements using CSS 3 the ZK team have been working hard to boost component performance. Four attribute layout performance has been improved in ZK 7, those are:

The height & width calculation code has been updated in ZK 7 with tests indicating a 30% improvement.

hflex & vflex have also been updated with their ZK 7 improvement coming in at around 20%.

It should be noted that the improvement is not for every single component but around 70% of available components.

ZK 7 introduces the ability to position tabs on the right and bottom of the tab boxes providing developers with more flexibility than ever before. The screenshot below shows both tab boxes in action. 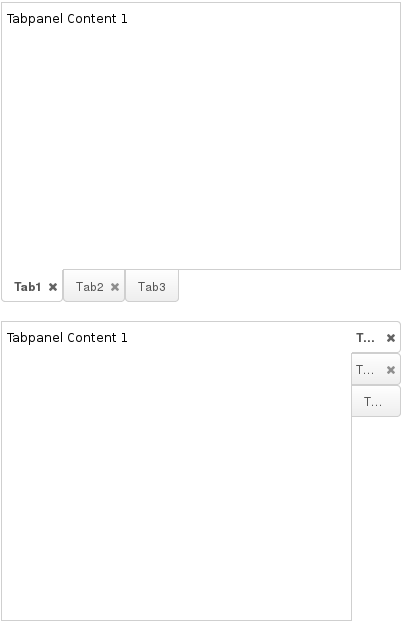 The position of the tabs can be specified using the "orient" attribute. The code sample below outlines this.

The audio component has now been enhanced to support HTML 5. Instead of using the "embed" HTML tag it now uses the HTML 5 "audio" tag.

To use the audio component is very simple, an example is provided below.